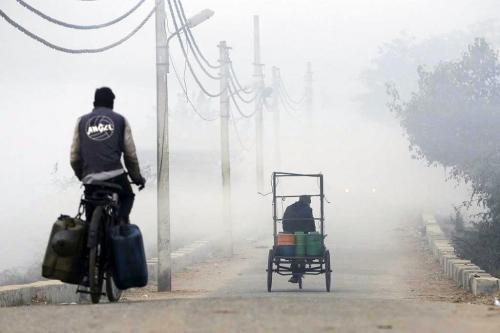 Air pollution is the greatest threat to human health in India and the average Indian resident is set to lose five years of life expectancy if the WHO guidelines are not followed, according to this new report by the Energy Policy Institute at the University of Chicago (EPIC).

During the first year of the Covid-19 pandemic, the world’s economy slowed. Yet, the global annual average particulate pollution (PM2.5) was largely unchanged from 2019 levels. At the same time, growing evidence shows air pollution—even when experienced at very low levels—hurts human health. This recently led the World Health Organization (WHO) to revise its guideline (from 10 µg/m³ to 5 µg/m³) for what it considers a safe level of exposure of particulate pollution, bringing most of the world—97.3 percent of the global population—into the unsafe zone. The AQLI finds that particulate air pollution takes 2.2 years off global average life expectancy, or a combined 17 billion life-years, relative to a world that met the WHO guideline (5 µg/m3). This impact on life expectancy is comparable to that of smoking, more than three times that of alcohol use and unsafe water, six times that of HIV/AIDS, and 89 times that of conflict and terrorism.